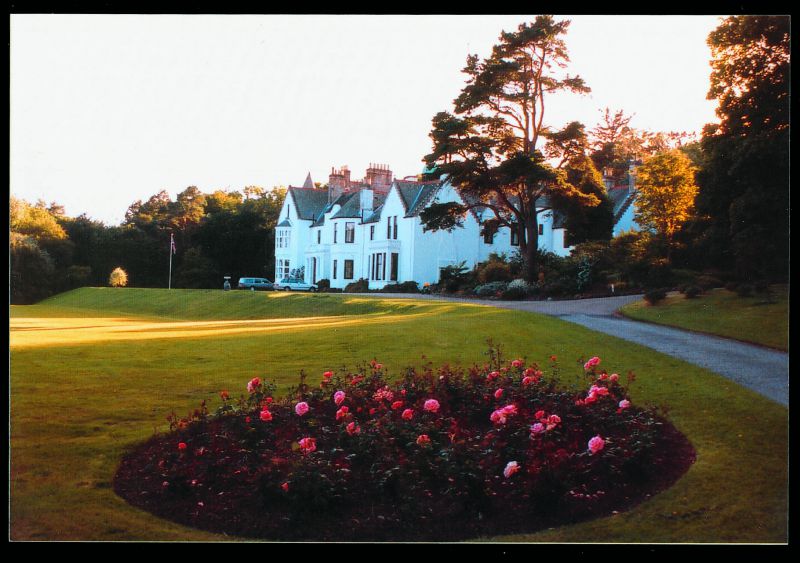 Achamore Gardens are community-owned and are completely independent from Achamore House which is a private concern. The history of Achamore House is fascinating.

John Honeyman of the Glasgow architectural practice, Honeyman and Keppie Architects, is known to have designed the mansion house built in 1884. At that time Honeyman and Keppie Architects employed many talented architects and artists including Charles Rennie Mackintosh (1868-1928). Achamore House displays some minor examples of architectural detailing consistent with Mackintosh, in particular the carved oak panels to the internal stairwell.

When designing the new house for the then owner, Captain William Scarlett, Honeyman retained and remodelled some of the earlier mansion house, notably the window bays to the principal elevation. Internally, a change in floor levels, together with internal walls commensurate in thickness with external structure walls, signify retention of the earlier house. Externally, the stone lintels, window jambs and stone astragals to the south bay window are consistent in detailing with an earlier architectural style, and are not repeated elsewhere.

In 1896, Achamore House was damaged by fire and once more John Honeyman was called upon to rebuild the house. It was completed in 1900.

The 2002 Gigha community buy-out resulted in some of the island's major assets having to be sold to afford repayment of funds, therefore Achamore House was sold in December 2003 and remains in private ownership from the community.